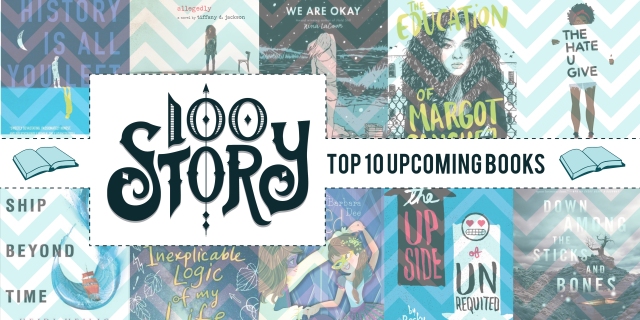 I didn’t even finish all the 2016 books I wanted to read, and I still have a stack of even older books waiting for me, but that doesn’t mean I haven’t already pre-ordered several 2017 reads. These are the books coming out during the first half of 2017 that I’m most excited about.

History Is All You Left Me by Adam Silvera

Considering Adam Silvera’s debut novel More Happy Than Not  is one of my favorite books, it’s not surprise that History Is All You Left Me made the list. Silvera’s debut is emotionally brilliant and beautifully written. It has an original, well-executed concept. Simply put, it’s an important and stunning debut. Silvera is shaping to be an excellent own voices LGBTQ writer. Needless to say, I have high hopes for his next novel. 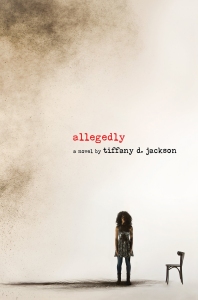 Based on the synopsis, this sounds like an incredibly powerful book with strong, diverse characters. Tiffany D. Jackson’s debut has received a lot of good reviews, focusing on the mystery’s realistic, heartbreaking storyline.

We Are Okay by Nina LaCour

I first read Nina LaCour’s writing in the wonderful You Know Me Well by both LaCour and David Levithan. That book got her on my list of authors, so I was excited when I heard about We Are Okay. This novel sounds like it’s right down my alley. In the novel, Marin has left behind everyone and everything she knows by moving cross country, but now she has to come face to face with the best friend she left behind. The premise alone is full of potential for character development, and it looks like those characters are diverse, so that’s yet another plus.

The Education of Margot Sanchez by Lilliam Rivera

This novel made its way onto my list thanks to a review from Naz over at Read Diverse Books. With diverse characters, a family focus, and a blend of serious and lighter topics, The Education of Margot Sanchez sounds like a strong debut. I’m a big fan of young adult books that focus in on a family and its culture, and it seems like Lilliam Rivera’s debut does just that.

The Hate U Give by Angie Thomas

This book has already made a lot of waves; in fact, it made big news before it even had a publisher. The YA debut inspired by Black Lives Matter was sold in a 13-house auction. Plus, it already has a move adaptation in the works. So The Hate U Give is doing pretty well even before being released. All that is more than enough to catch my attention. This is one of my top books on the list.

The Ship Beyond Time by Heidi Heilig

I’ve been ready to read this book since I reached the last page of The Girl From Everywhere. The Ship Beyond Time is the sequel to Heidi Heilig’s debut, one of my top books of 2016. The first novel explored intricate characters, diversity, and a vivid time travel system. It was a joy to read, and I’m excited to see how the series progresses.

The Inexplicable Logic of My Life by Benjamin Alire Sáenz

Benjamin Alire Sáenz’s novel Aristotle and Dante Discover the Secrets of the Universe is one of my favorites; I think it’s one of the best LGBTQ YA novels out there. It has a fantastic exploration of diversity, centering on LGBTQ, Latinx characters. The Inexplicable Logic of My Life takes on a bit of a different perspective, one that I think could have a lot of impact. The main character has an adoptive gay father. I can’t think of any novels I’ve read in which the main character has LGBTQ parents, so I’m particularly interested to see how Sáenz explores that.

I’ve been wanting to read more children’s lit, so I added Star-Crossed to my to-read list immediately after a friend told me about it. Author Barbara Dee’s daughter wrote a Tumblr post about her experience coming out to her mom and how carefully her mom researched for the book. The concept already has me hooked: It’s a middle-grade novel about a bisexual 12-year-old girl. LGBTQ inclusion is important in general, but diving into it in children’s lit is incredible. I can only imagine how much an LGBTQ book would’ve helped me as a kid. Hopefully this book nails the main character’s representation.

The Upside of Unrequited by Becky Albertalli

Here’s another novel from a writer who blew me away with their debut. Becky Albertalli’s novel Simon vs. the Homo Sapiens Agenda is funny, heartfelt, and insightful. Her upcoming novel The Upside of Unrequited has plenty of diversity in it, with LGBTQ characters and fat characters. I’ve heard great things about the representation and writing, so I’m excited for my chance to read it.

Down Among the Sticks and Bones by Seanan McGuire

I fell in love with Seanan McGuire’s novella Every Heart a Doorway, the first in her Wayward Children series, so I’m glad that she’s further exploring this universe. The first novella is poignant, elegantly written, and full of diverse, carefully drawn characters. The concept itself is incredible: this portal fantasy is set at Eleanor West’s Home for Wayward Children, which is full of children who found themselves in magical worlds where they felt they belonged, only to be torn away and taken back to the home. In Down Among the Sticks and Bones, we get to see one of the worlds two of the characters found themselves in. It’ll be a very different take on the concept, but also a fantastic way to expand the Wayward Children universe.

What books are you excited for in 2017? Let me know in the comments!